Bronx, NY (July 2021) — Pelham Bay resident and author Richie Narvaez received a Bronx Recognizes Its Own (BRIO) grant of $5,000, awarded by the Bronx Council on the Arts (BCA) to honor artistic excellence in the literary, media, visual, and performing arts.

“I’m quite humbled to receive this award,” says Narvaez, an educator and a writer of literary fiction, mystery, speculative fiction, and horror. “I was born and raised in Brooklyn but a few years ago I adopted the Bronx as my home. I felt welcomed here right away, but this makes it official.”

Narvaez writes frequently about latinidad, Puerto Rico, urban culture, and social issues. His short story “Room for Rent,” from the anthology Latinx Rising, was read by LeVar Burton on the LeVar Burton Reads podcast. His first novel, the gentrification thriller Hipster Death Rattle, was voted the premiere North Brooklyn Reads book selection by Brooklyn Public Library patrons. His most recent novel is the historical YA mystery Holly Hernandez and the Death of Disco, which received an Agatha Award in July, and has been nominated for an Anthony Award. His latest work is the anthology Noiryorican, which was nominated for an Anthony Award. Narvaez teaches English at the Fashion Institute of Technology in Manhattan.

BRIO recipients must complete a one-time public service activity known as Artists for Community Enrichment (ACE), to be completed within a year of receiving the award. Says Narvaez, “I hope to set up a reading or a writing workshop in the next few months. I’m looking for the right venue.”

Founded in 1962, BCA presents affordable arts programming and acts as a cultural hub, providing resources to artists and advocating for equitable practices. The organization focuses on amplifying the work of underrepresented groups and directly serves more than 1,000 artists and 250 community-based arts groups each year. 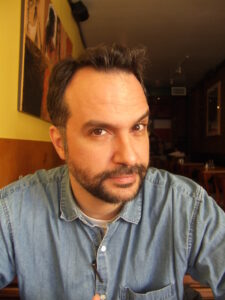