HOLLY HERNANDEZ AND THE DEATH OF DISCO (May 2020)

It’s 1979 and a high school teen detective accuses her archrival of murder — but she’s wrong and now she’s got to prove he’s innocent or die trying. It’s a Puerto Rican Nancy Drew YA mystery, available from Piñata Books/Arte Publico on May 31, 2020.

But you can pre-order it on IndieBound, Amazon, and BooksaMillion now! 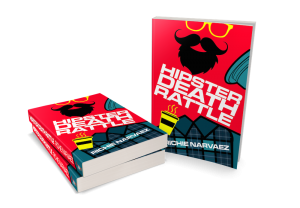 Hipsters are getting slashed to pieces in the hippest neighborhood in New York City: Williamsburg, Brooklyn. As fear and tension rise in the summer heat, police detectives Petrosino and Hadid eye local gangbangers for the crimes. Meanwhile, slacker reporter Tony Moran and his ex-girlfriend Magaly Fernandez pursue a cold case involving an old woman who mysteriously disappeared a year before. But the closer they all get to the truth, the closer they get to losing their heads.

Filled with a broad cast of local characters and told with sardonic wit, this fast-moving, intricately plotted story plays out against a backdrop of rapid gentrification, skyrocketing rents, and class tension, written like only a true native could.

“Richie Narvaez has created something that’s been missing from recent fiction: a vivid, loving look at city living from the street view.” — Sara Paretsky, award-winning author of Shell Game

“Narvaez has some brutal points to make about gentrification … that [give] the text a crackling fission you don’t find in a typical mystery.” —Mystery Tribune

“[Narvaez] has one of the most compelling writing styles I’ve come across in years.” —Lawrence Kelter, author of Back to Brooklyn 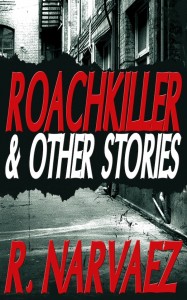 ROACHKILLER AND OTHER STORIES
The debut collection of short stories by dynamite noir writer R. Narvaez. Winner of the 2013 Spinetingler Award for Best Anthology/Short Story Collection.

A pregnant single mother who becomes a numbers runner in 1970s Brooklyn; an ex-con fighting against insurmountable odds not to kill again; a middle-aged tax lawyer who’s discovered the secret to happiness—at any cost: these are just a few of the hard-luck characters you’ll meet in Roachkiller and Other Stories, the debut collection of short stories from exciting noir writer R. Narvaez. Included are 10 hard-boiled tales, many with a dash of dark humor. Get-rich schemes gone violently awry. A slacker detective far out of his depth. A reformed criminal who can’t get past his killer instincts. The action moves from Brooklyn to Puerto Rico, from the ’70s to the near future, from deadly divorces to homicidal hipsters. Narvaez travels down the dimly lit side streets of noir you’ve never seen before. The short story “Roachkiller,” which appears in this collection, was selected as a Distinguished Mystery Story in Best American Mystery Stories 2008, edited by George Pelecanos.

Reviews
“Roachkiller is an accomplished debut from an author in full and firm control of his voice.”—Eva Dolan, Crime Factory

“[A]n excellent collection. . . . I could not shake some of the images . . . . The writing is that intense.”—Manuel Ramos, author of King of the Chicanos

“An impressive group of entertaining and deep short stories that aren’t your typical crime fare.”—Terrence McCauley, author of Slow Burn

“If there is any justice in the world, [R. Narvaez] should become a giant on the literary noir scene within the next couple of years.”—Anthony Neil Smith, author of Yellow Medicine,