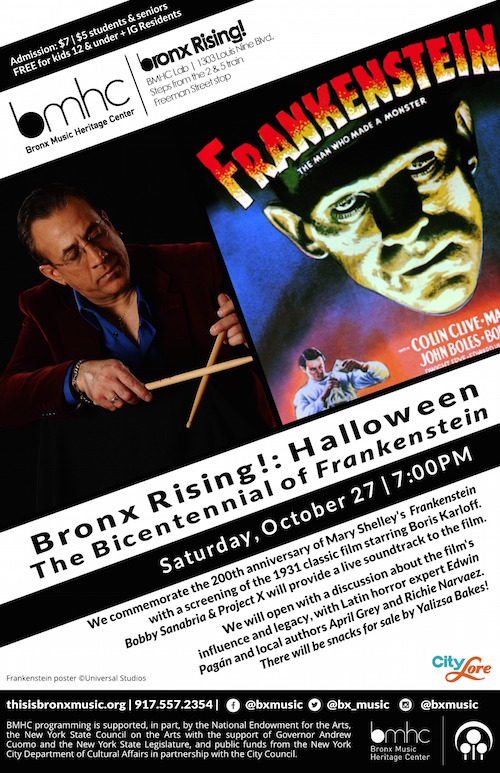 I’ll be trying to mumble something coherent, which should be scary enough, at The Bicenntennial of Frankenstein panel at the Bronx Music Heritage Center,
1303 Louis Nine Blvd., Bronx, N.Y., on October 27. To celebrate the 200th anniversary of Mary Shelley’s novel, they’ll be showing the 1931 Frankenstein film with a live soundtrack by Bobby Sanabria & Project X combining jazz, Latin jazz, and funk.

The program will open with a discussion about the film’s influence and legacy, featuring writer, filmmaker, and horror patron Edwin Pagán, horror writer April Grey (A New York State of Fright: Horror Stories from the Empire State), and me, who has dabbled in horror in his time.

Wear a costume! I’ll be the one dressed up as the possibly emerging author.