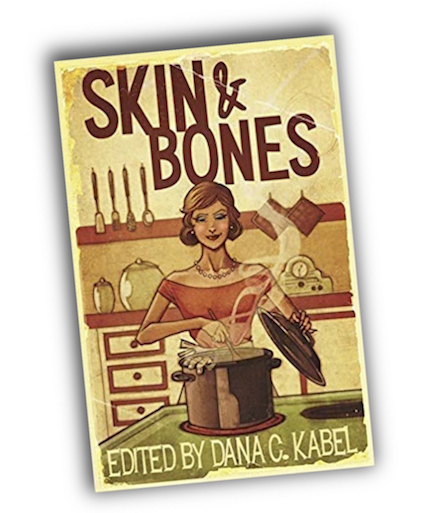 My story “Black Friday” will appear in the #cannibalnoir-themed anthology Skin & Bones edited by Delicious Dana C. Kabel, due out November 26, 2018.

My story “Black Friday” was inspired by the U.S. tradition of gorging for the holidays. Also, by Toto Caelo. Here is an appetizer from my story:

Orlando said this looking at Marcie and her eyes popped open like kernels of popcorn. Plop! Plop! He would’ve busted out laughing but there was a knife in his hand.

Her parents—her dad in the wheelchair, dead from the waist down, depressed as hell, who wouldn’t be?—had generously, silently allowed Orlando to do the carving. Mrs. Arens—“Call me ‘Mom’”—she was the one who actually handed Orlando the carving knife. Dad (“That’s ‘Mr. Arens’”) wouldn’t touch it.